Spain: Single neutron counting based on scintillators and CMOS cameras

Position sensitive neutron detectors for neutron techniques are in high demand. However, innovative technology is needed to improve the capabilities of existing equipment. One of the critical components of these detectors is the sensor that picks up the light when a neutron hits a scintillator. Here, the readout speed of these sensors needs to be suitable for neutron scattering applications but current camera sensors are either too slow or too noisy.

A team at ESS-Bilbao in Spain, including Estefania Abad, M Mosconi and Jon Ortega, have been exploring some promising camera sensors for the Emergent Detector Technologies task in the Detectors work package.

Complementary Metal-Oxide Semiconductor (CMOS) sensors are used in many digital cameras as an alternative to the more commonly known electron multiplying CCD sensors as they are cheaper and more robust. CMOS cameras have already been able to observe single neutrons using intensifiers. Perhaps we could take advantage of the state-of-the-art equipment developed for photography to achieve high count rate capabilities for Time-of-Flight neutron scattering applications? The technology is developing rapidly and may be at a suitable level for neutron detectors in the very near future.

The ESS-Bilbao team decided they wanted to investigate some existing CMOS cameras for their potential as neutron detectors, and determine possible future specifications. Therefore, they conducted some experiments using a commercially available Hamamatsu ORCA-Flash4-C11440-22CU-V2+ scientific (sCMOS) CMOS camera that offered extremely low noise, rapid frame rates, wide dynamic range, high quantum efficient, high resolution and a large field of view. It was fitted with three different lenses (f/0.95, f/0.85 and f/0.75) and set-up to take more than 100 pictures of some commercial scintillators from Scintacor and Eljen: 6LiF/ZnS(Ag), 6LiF/ZnS(Cu) and 6LiF/ZnS (Cu,Al,Au). Exposure times (between 1ms and 500ms) were used to take pictures of the scintillators as they were bombarded with neutrons, at both the SINQ beamline for neutron optics (BOA) at PSI in Switzerland and on the CT1 beamline at ILL in France. As the neutron flux at both sources was too intense for single neutron counting, this had to be reduced during the experiment using monochromators and slits. The set-up can be seen in Figure 1. 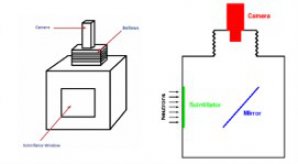 Figure 1. Schematic set up of the neutron detection system

An analysis method was developed and optimized to identify and count the neutrons in the images. Using this method single neutrons were identified using the camera and distinguished from the camera noise (see Figure 2). Particles were detected in the silicon sensor for all the scintillators tested. In some selected scintillators, it was possible to detect neutrons using an exposure time of 1 millisecond.

Figure 2: Image of supposed neutron events in 40 ms exposure image taken with a 250 µm NDg-type scintillator: raw (a), FTT filtered (b) and mask of identified events of detections ©.

Linearity between neutron counting and exposure time was obtained from 10 ms up to 200 ms in the first experimental campaign. With the new experiments it has been possible to detect neutrons linearly starting from 4 ms exposure time in some selected scintillators. Figure 3 shows the results for different exposure times, setups and scintillators. Figure 4 presents the results for longer exposures times from previous work [Mosconi 2018].

Ultimately, this detector concept has been proven but although efficiency is currently low, there is potential to improve it for future applications and at a competitive cost.

A radiography instrument with sCMOS sensors would provide a remarkably robust and cost-effective system compared to other systems offering the same resolution and sensitivity. Further developments in sCMOS technology, which is evolving fast, could increase frame rate and quantum efficiency. Combined with better scintillators and optimization of the detector set-up, this system could provide a fast neutron detector with micrometric resolution.

Back to The Road to the ESS.